It’s understandable to be wary of investing in cryptocurrencies, as the market is still relatively new and plenty of scams exist. However, that doesn’t mean you should avoid them altogether – just be sure to do your research first.

In this article, we’ll look at a negative example – the advice of Danny De Hek – to illustrate what you should be on the lookout for when considering a cryptocurrency investment.

Who Is Danny De Hek?

De Hek is a popular influencer from New Zealand who runs a YouTube channel with thousands of subscribers. He began his channel with helpful IT-related videos and recently began talking about crypto.

We kind of liked De Hek’s channel before his crypto videos. He seemed knowledgeable and honest, and we thought it was cool that he was using his IT background to help other people learn about new technologies.

But things have changed since De Hek began talking about crypto. His videos are full of unsubstantiated claims and accusations against cryptocurrency projects. Often, this happens without solid evidence or research to back up the repetitive attacks.

This can be very dangerous, as it could mislead people into making investments that are not safe. De Hek’s videos often make bold statements about crypto projects without much evidence or research to back them up.

For example, in one video, he claimed that a particular project doesn’t have a metaverse – even though they were in the middle of alpha testing at the time. He also made unsubstantiated claims about them “fooling people into an investment opportunity.”

De Hek’s strategy appears to target relatively new projects or has not yet completed its development roadmap. He then publishes videos and posts disparaging the project with little to no evidence.

His website offers services like sponsored podcast episodes and sponsored posts – implying he could publish negative content about any project willing to pay him to do so. We are not accusing him of doing such a thing, but it’s worth noting that this could be a risk to investors.

A simple disclaimer at the beginning of his videos that he does not have any evidence to back up his claims could protect viewers from being misled.

Why Should You Be Wary of Taking His Advice on Crypto Investments?

Danny De Hek is not the only influencer in this space. Unfortunately, plenty of others could potentially mislead investors with unsubstantiated claims about crypto projects.

That’s why it’s important to always do your research before investing in cryptocurrencies. Make sure you read as much as possible about a project and look for credible sources. If something seems too good to be true, it probably is.

It’s also a good idea to consult a financial professional before making investment decisions. They can help you understand the risks and decide if a cryptocurrency investment is right for you.

In conclusion, be sure to always do your research and consult with a financial professional if needed before investing in cryptocurrencies.

Don’t let Danny De Hek’s advice deter you from making safe investments – just make sure you are informed and make decisions based on facts, not rumors or unsubstantiated claims.

A Variety of Industrial Valve Types Property for Sale: Make Sure It Is Worth Your Investment 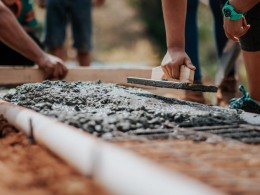